We are focused and driven to minimize or eliminate any potential legal situations that you may encounter.

We are committed to providing you with strong legal support. We approach every client with a focus on integrity, advocacy, and understanding.

​We fight for you!

At Shiraz Law Firm, we work hard to ensure that we live up to our vision of providing smart, sensible, and cost-effective legal solutions for our clients.

We are at the forefront of ever-changing laws and work closely with our clients every step of the way.

We are committed to our clients and work hard to earn their loyalty and trust.

If you’re a business owner, it’s important to employ the services of an attorney who will take the time to understand your goals. 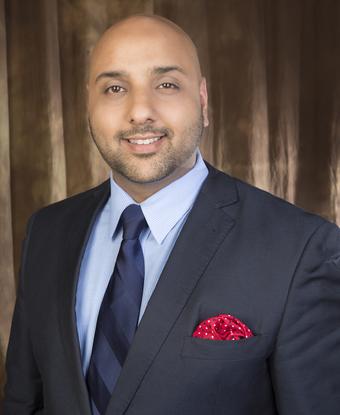 Admitted to Practice in:

Legal problems? Let us help you find a solution! Click on our "Services" page to find out more.

No client is the same and every client relationship is valued greatly. Each engagement benefits from the depth and breadth of our commitment to understanding your goals.

Attorney Shiraz Khan stands firmly for justice. He is a litigation attorney with diverse experience in various aspects of the law, including but not limited to business commercial and individual tort litigation. He has been involved with high stakes and high profile cases, and his legal opinions and statements have been cited in various articles of the New York Times, the Wall Street Journal, CNN.com, USA Today, Fox News, Esquire Magazine, MSN.com, Yahoo.com,  the Detroit News, the Miami Herald, the Detroit Free Press, The New York Daily News, the Boston Globe, the US News and World Report, CBS News, NPR, and many more. He has been featured on CBS In The Morning with interviews for CNN Newsroom etc.

Shiraz received his Bachelor of Science degree in Biological Sciences from Wayne State University in 2007, and his Juris Doctorate from the University of Detroit Mercy School of Law in 2012. While at Wayne State University, he focused his studies in the areas of biology and bio-medicine, and was involved with specialized biological research involving the Biology of Aging and the Prandiology of Drosophila. During his time in law school, Shiraz invested his interests in all aspects of business law, immigration law, health law, commercial and international transactions, intellectual property and trademark law.

Attorney Shiraz Khan's personal experiences in business, immigration, medical sciences, research and the entertainment arts have established a solid foundation for his career. Shiraz has a unique set of skills bred for the legal battlefield and as the founding member of The Shiraz Law Firm, PLLC, he understands the evolving intricacies of the law and takes a comprehensive approach to the practice of law.

In his personal life, his unique talents, charisma and versatility have led him to explore the world. As a singer/songwriter he has toured various locations performing for all audiences, big and small. He is a member Socan Music Publishing (Canada) and BMI Music Publishing (Worldwide) and had a book on his poetry titled, “More than Words”, published as well as authoring several works online.

Shiraz volunteers his time to help as often as he can, and has been the keynote speaker for various organizations bridging the gap between the people and the law.